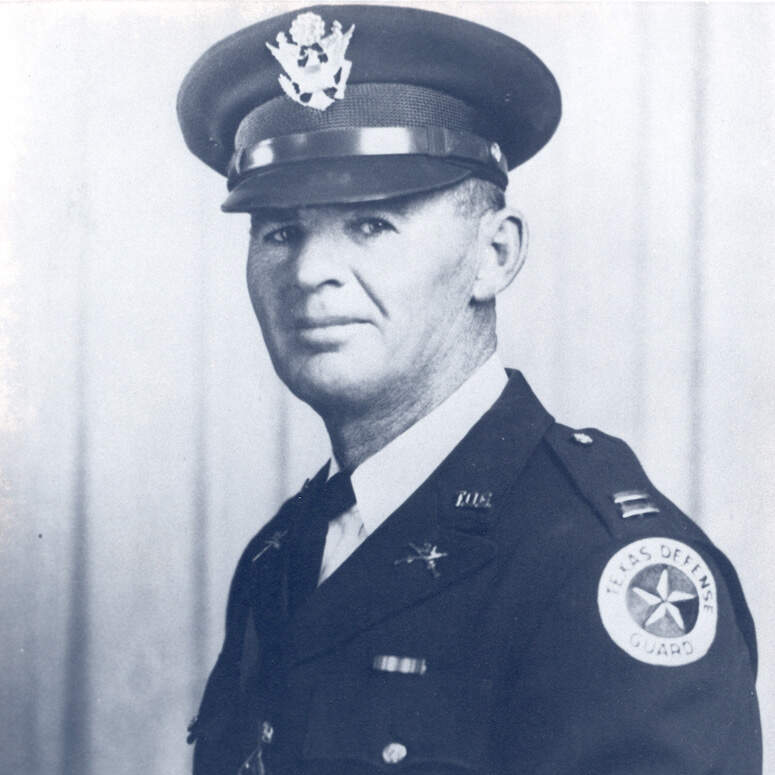 Odessa's First Fire Chief. He served as chief for six years.
Robert Neill also served as a Captain in the Texas State Guard. 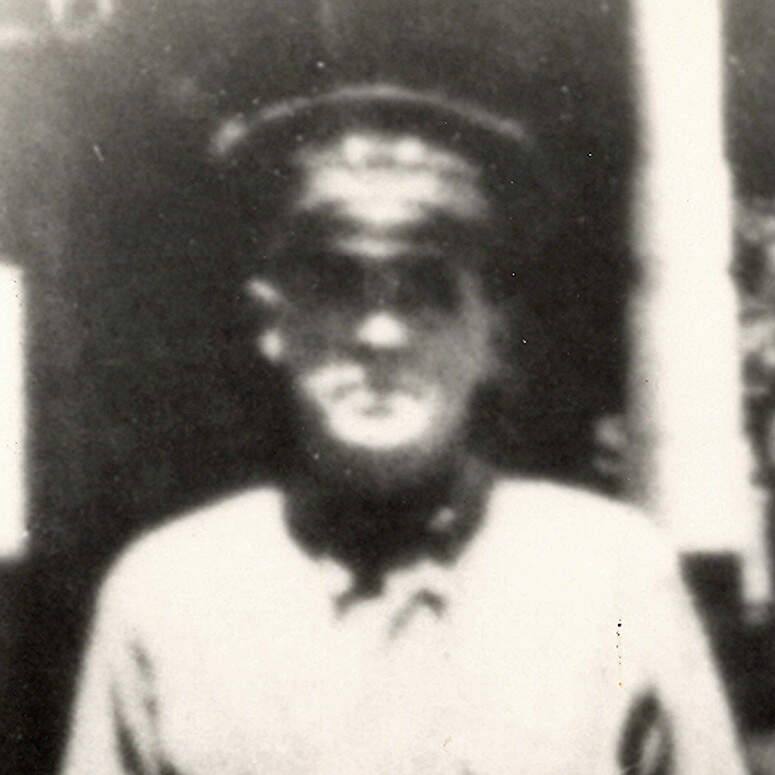 Bert owned a service station at 7th and grant where American State Bank sits now, and the fire truck was kept at his garage during that time. 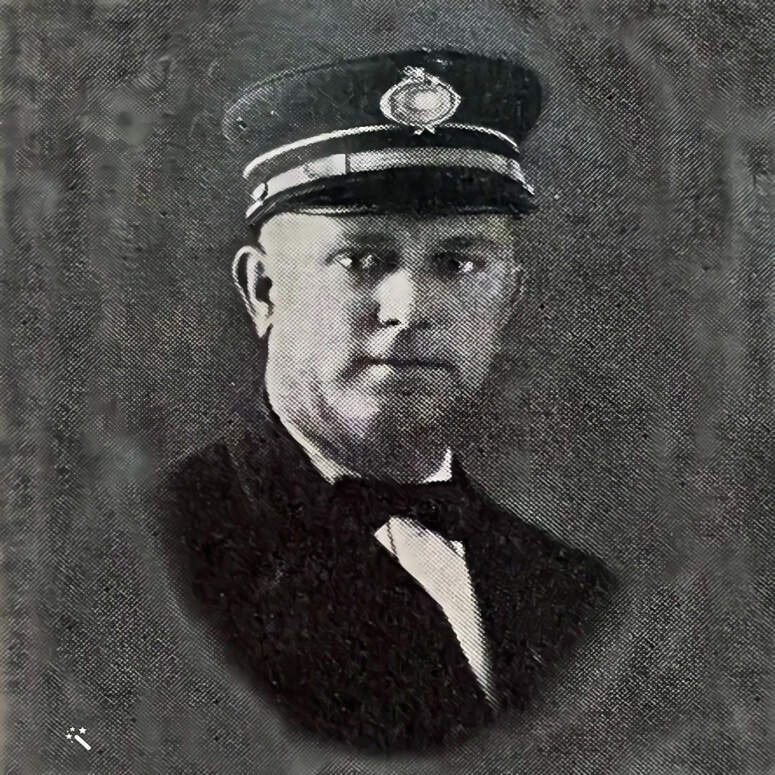 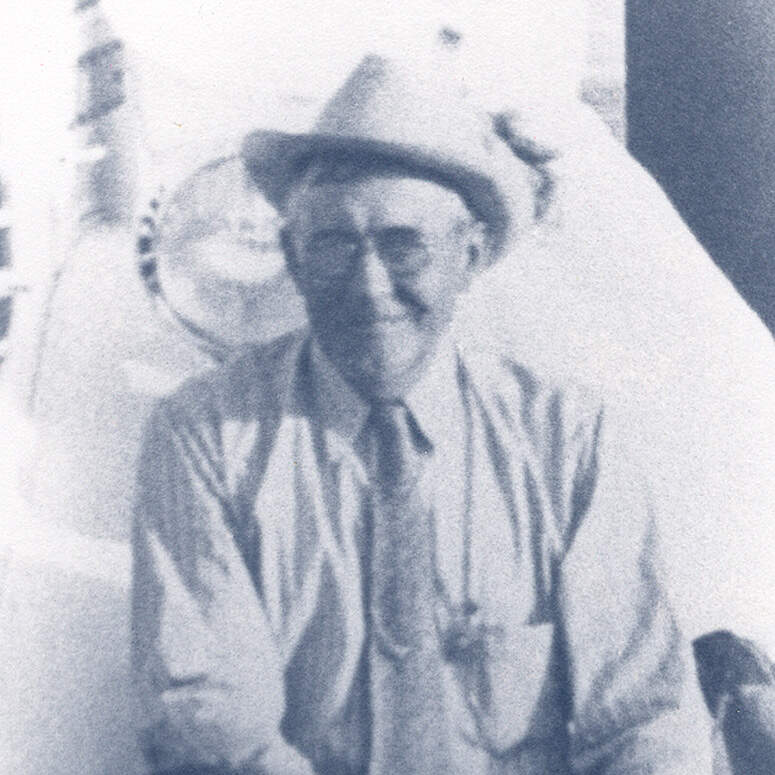 Tom Harris became Odessa's 3rd Fire Chief in 1939. This was also the year that the Fire Department changed from being all volunteer to 4 paid firefighter and several volunteer firefighters.

The first Central Fire Station was built in 1939 to house the 1st four paid firefighters and our 1927 Buffalo fire engine and the 1939 American LaFrance fire engine. 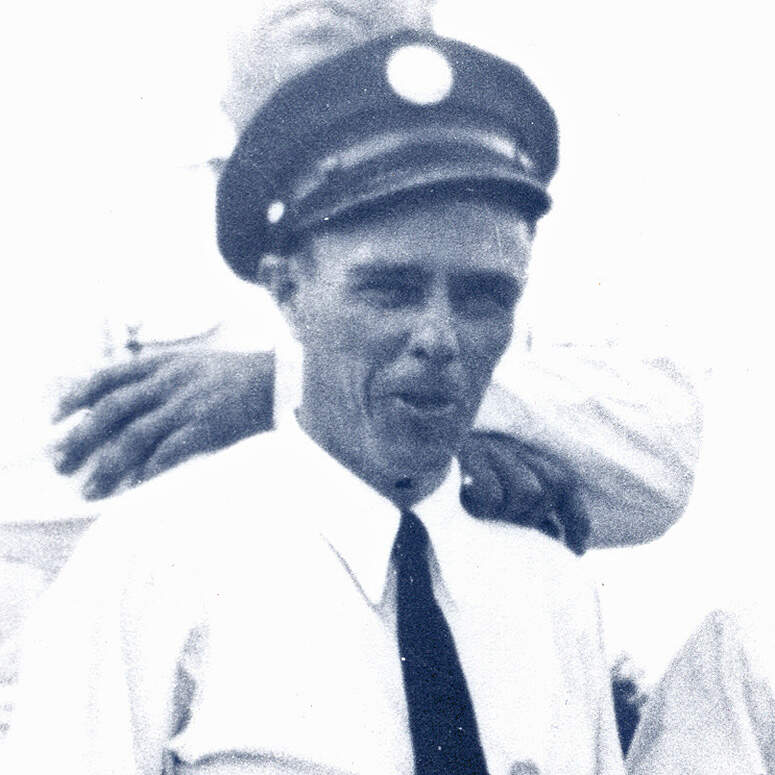 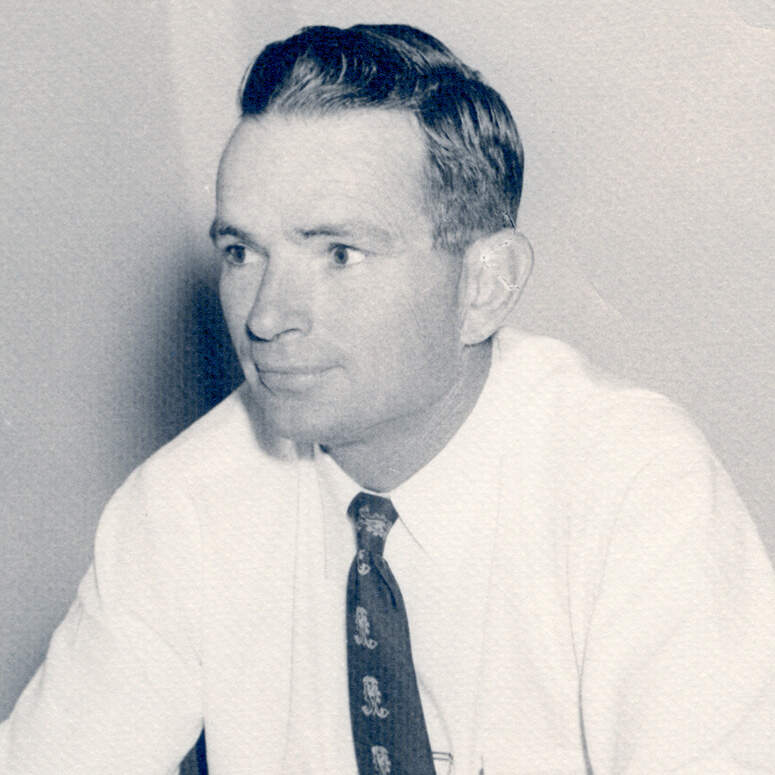 Temporary is a word that has an expansive meaning for Fire Chief Charlie Meadows. And there is good reason. Meadows, a cheerful man who has worked for the City of Odessa for 18 years, recalls with a smile that day back in 1944 when he got a "temporary" job.  "It will only be for about two weeks," the late  Mayor A. J. Burks told Meadows, then an employee of the city's water  department. "That was back in January of 1944," Meadows recalls, "and they just wanted me to take over the fire department until they got someone  else,"  "They may still be looking for someone else," Meadows, who     today heads a fire department which has grown like a runner of ivy. But things that have happened since Meadows took that "temporary" job would indicate no one was looking. During Meadows  tenure as Fire Chief, the department has grown from a one-man, one-truck brigade to an 80 man, 12-truck unit which has spread out to cover the entire city.

A native of San Angelo who came to Odessa at the age of three, Meadows never intended to be a firefighter, much less the head of the fire department which operates on a $426,024 yearly budget. Circumstances just put him there!  Meadows, after graduating from high school here, spent short tours as a truck driver, a hardware store clerk, and an excavation man for Ector County.

Then in 1937 he joined the city. "They didn't have a lot of work or men then, and they just shifted you around," Meadows recalls. Starting out chopping weeds for 40 cents an hour with the engineering department. Meadows then went to the street department and then to the water department. While in the water department, Meadows had his first contact with firefighting. "The fire department then was just a four-man department with about 18 volunteer firefighters," he said, "and when one of the four men went on vacation they asked me to fill in." Then he got that two week "temporary" job. When Meadows took over the department at 26, one of the youngest chiefs in nation and there was only one other man working...and he quit during the first week. "We had two trucks then," Meadows smiled. "and one of them wouldn't run."

The fire department then was housed in the rear of the city hall at Fourth & Lee, which also served as a Police station. "That other truck was just barely running too." Meadows said recalling his early problems.  "We started out to a fire one day, and it just quit," A pick-up, equipped with two fire extinguishers was used to quell the small car fire. This was one of the reasons Meadows didn't want the job then. "But I wouldn't take anything in the world for it now, "Meadows said. Realizing he might be in the job for a while Meadows took steps to gain more equipment. Junking one of the trucks for $25 dollars, Meadows stripped equipment off of it, ordered a regular hauling truck, and built a fire truck. "You couldn't buy a fire truck then because of the war," he said. The remaining truck No 4 was repaired.

In 1945, "the town was growing too much" (It had a population of about 12,000 then) and Meadows went to the City Council and ended the voluntary fire department. He added eight more men to the department, bringing total employees to 12. That was the beginning of a big growth. Since then a Central Fire Station and 4  substations have been erected. For a man who had no inclinations to be a fireman, Meadows has set some sort of record for himself and for the department.

The department last year was named as one of the top three fire departments in the nation by the National Fire Underwriters for the low $100 dollar loss per call average. The national business district loss per call average was $300. And the City's fire insurance rate based on the departments adequacy and amount of loss has been cut sharply. When Meadows took over, the key rate - a determining factor in what citizens pay for fire insurance - was 38 cents on each $100 dollars. One of the lowest rates in Texas.

Firefighting research, started on a small scale by Meadows, will bring the departments national recognition this year. Small scale research blossomed into the "Fire Research and Development Center" - a full scale fire test program. And the center will be featured in a national fire magazine this year. 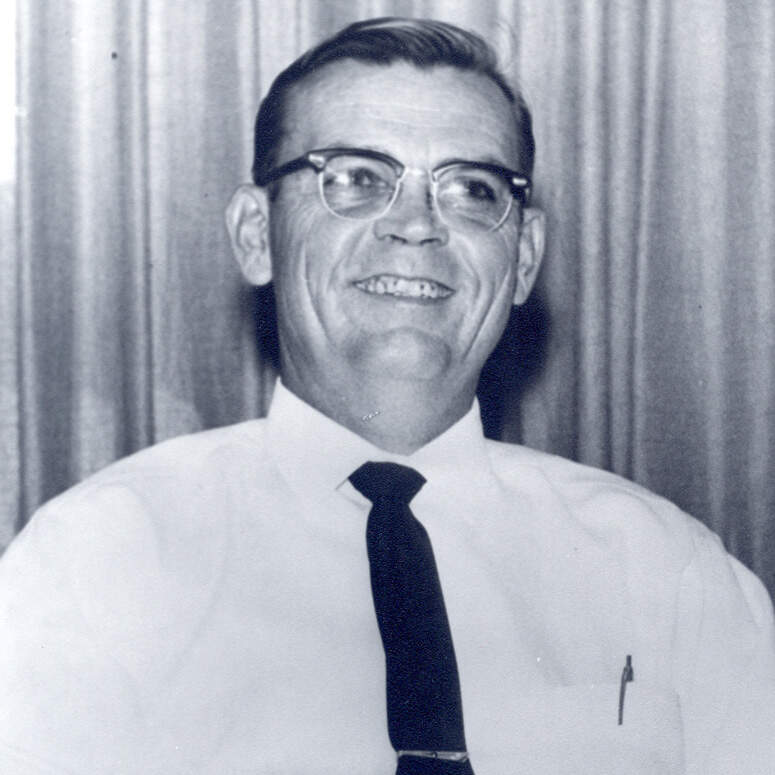 On April 1st, 1962, W. J. "Bill" Childress was appointed to the position of Fire Chief by the Odessa City Council after being recommended for the position by the City Manager W. E. Routh.

He was born in Rankin and moved to Alpine while he was a boy. He attended Alpine schools and one year at Sul Ross State Teachers College prior to joining the U.S. Navy in World War II. He served with the Navy in the Pacific Theater from 1944 until 1946 when he returned to Sul Ross. 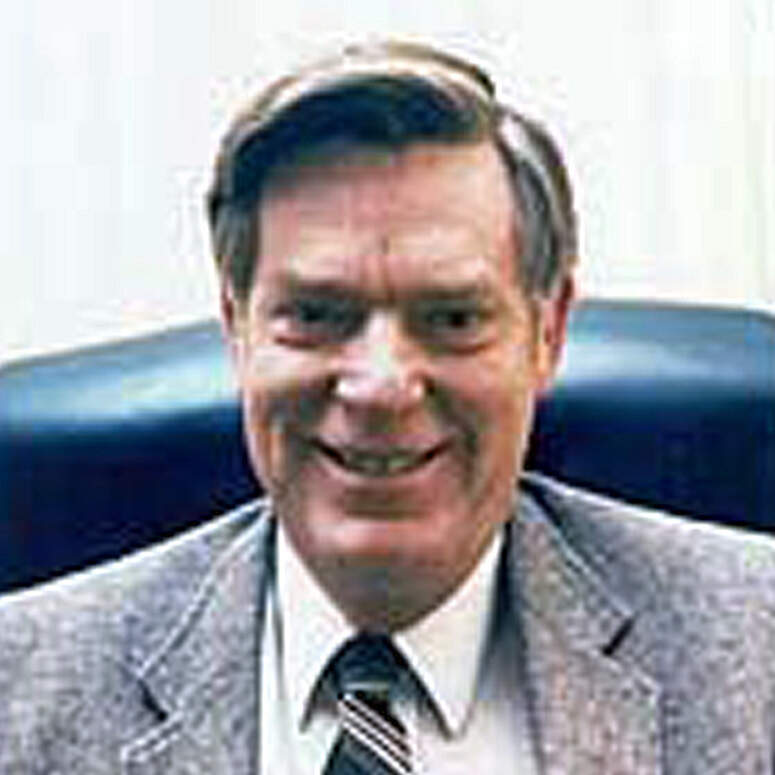 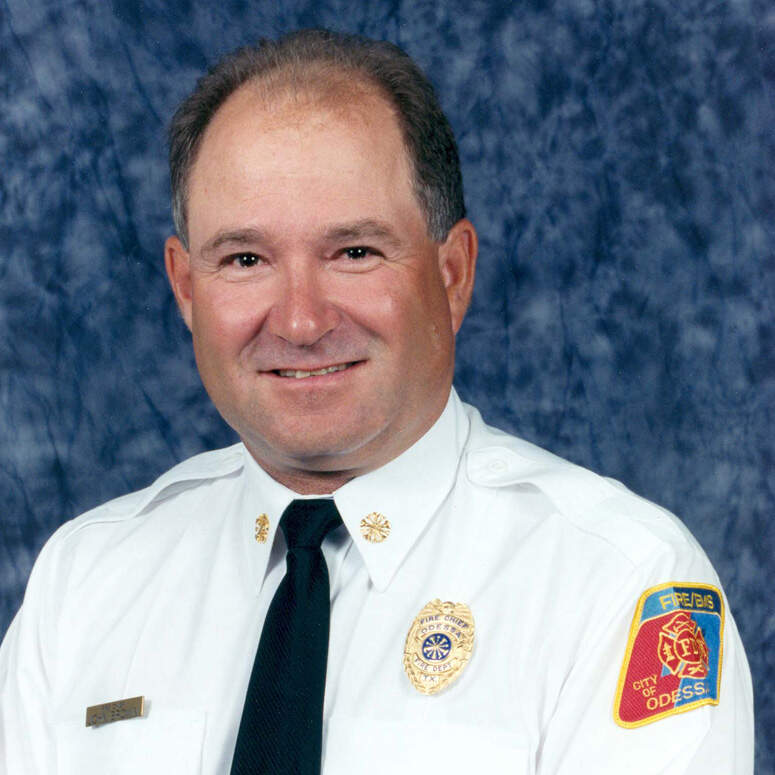 The Odessa City Manager Jerry McGuire stated that "he is very pleased that we have been able to get someone of Mr. Brown's experience and caliber." "I believe he will bring a real wealth of experience and innovation to move the fire department forward." John Brown, age 45, was selected from six finalist. He assumed his duties as Fire Chief on January 15th, 1996.

John Brown, a firefighter who began his career 20 years ago in Albuquerque. He retired from the Albuquerque Fire Department in August of 1995. Before stepping down as assistant chief, he oversaw five fire stations that provided hazardous materials response, urban search and rescue and emergency medical service. 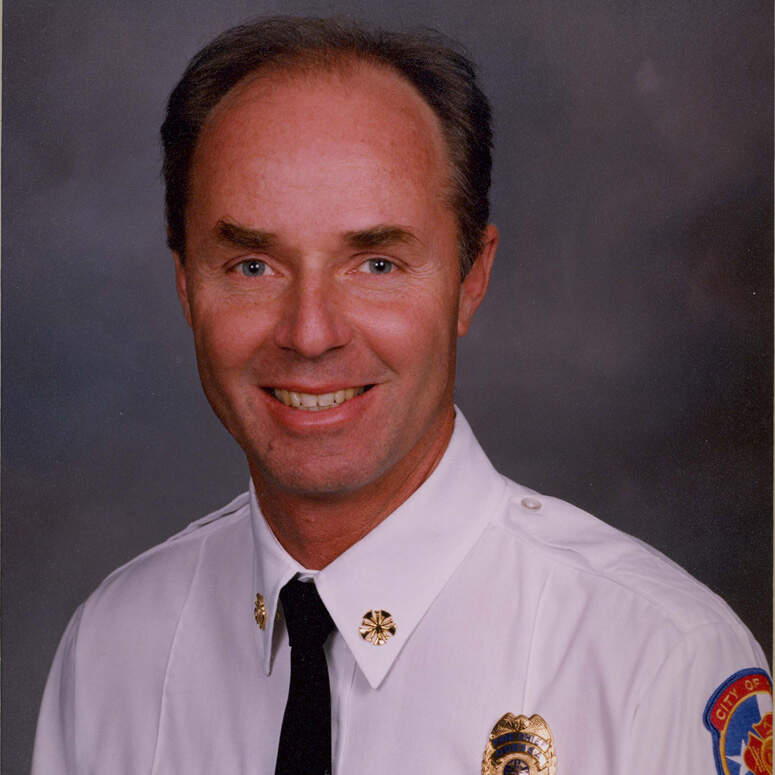 Steve received his Bachelors degree in Fire Administration from Western Illinois University, an Associates degree in Fire Science from Odessa College, and is a graduate from the National Fire Academy Executive Officer program.

Steve Pollock served as Fire Chief from 2000 to 2004 when he decided to retire from the Odessa Fire Department and accepted the position of  Chief of the Cedar Hill Fire Department. 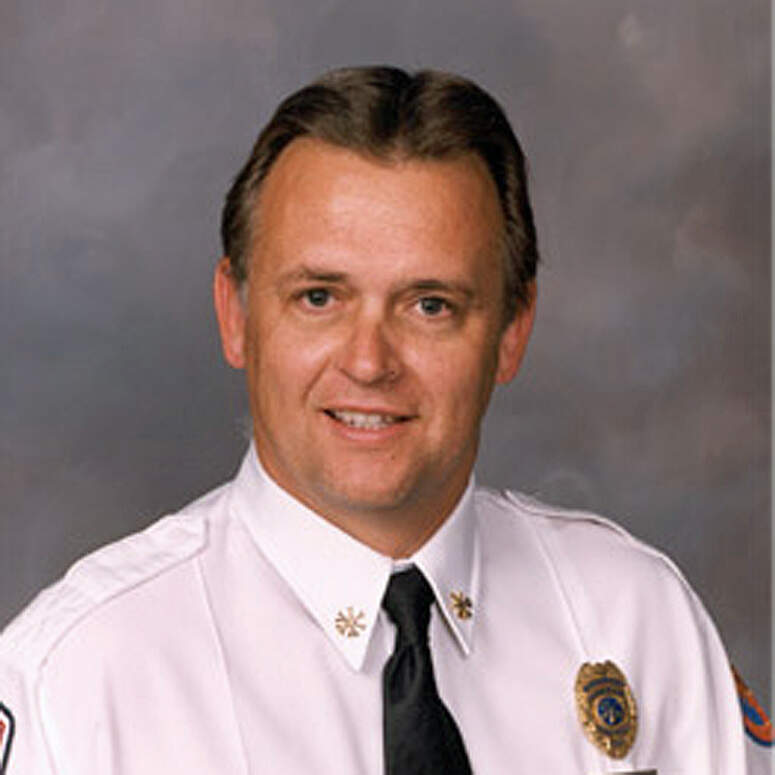 Chief Dietz is 48 years old and graduated from the Odessa High School in 1975. He has an Associates Degree in Fire Science from Odessa College and has attended the Executive Fire Officer's Program at the National Fire Academy in Maryland.

His wife is Polly and they have a daughter, Jessica and a son, Alex. He is a native of Odessa and has lived in Odessa all his life. 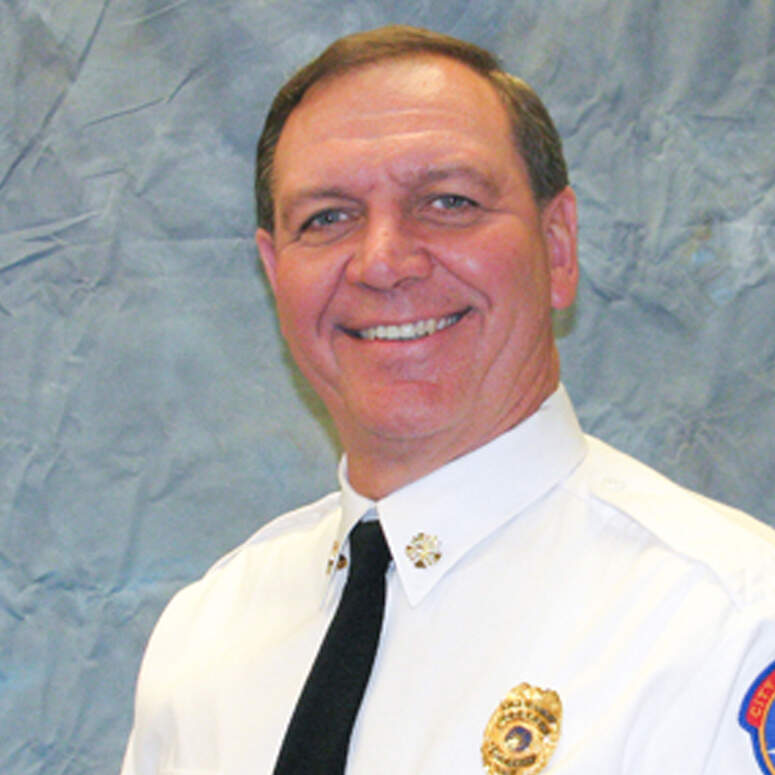 Fire Chief Roger Boyd began his career with the Odessa Fire/Rescue July 12, 1977.  Chief Boyd became a Driver in 1980 and was promoted to the rank of Captain in 1994.  In 2001 Boyd was promoted to the rank of Assistant Fire Chief where he served as the Operations Chief for 6 years.  In January 2008, Chief Boyd was assigned to the Administrative Assistant Chief position and was named the Emergency Management Coordinator for the City of Odessa and Ector County.  It was this same year that Assistant Chief Boyd was named Outstanding Fire Officer of the Year by the men and women of the department.  Boyd accepted the promotion to Chief of the Department on August 31, 2009.  As a strong advocate of public education, Chief Boyd was named Public Educator of the Year in 2010. 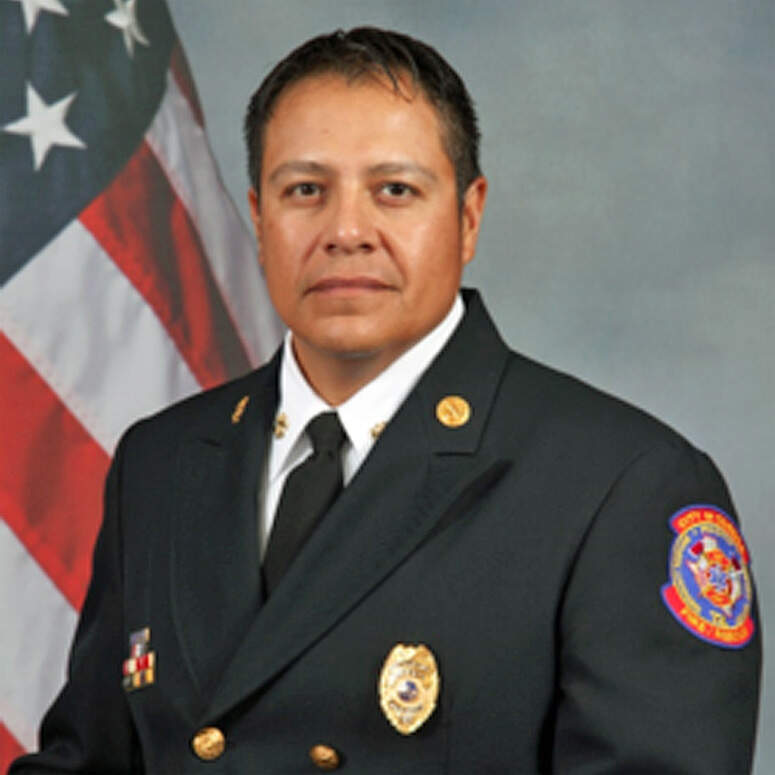 John began his career in the military as an Infantryman in the United States Army, 1st Infantry Division.   He spent a year in Ft. Riley, Kansas and three years in Germany.   John was deployed to Desert Shield and Desert Storm.  He received numerous awards and decorations while in the military.  John hired on Odessa Fire Rescue in 1992.  He has risen through the ranks to his current position as an Assistant Chief of Operations.  He holds a A.A.S from Odessa College, BA from Western Illinois University and an MA from Sul Ross State University.  John is a graduate of the Executive Fire Officer (EFO) Program from the National Fire Academy.  He holds the Chief Fire Officer (CFO) designation from the Center of Public Safety Excellence.   He’s a Certified Public Manager (CPM) from Texas Tech University.  He’s a graduate of the Texas Fire Chiefs Academy and the Fire Service Chief Executive Officer Program through the Texas A&M Mays School of Business.  He is currently enrolled in the Fire Service Executive Development Institute funded by Motorola Solutions.