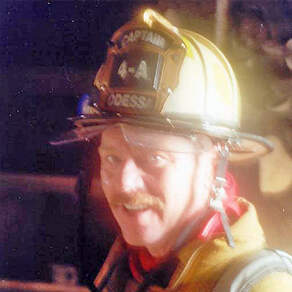 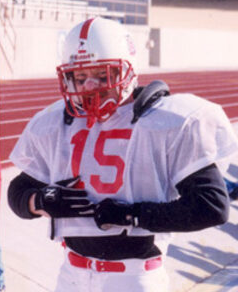 This all started when several of us older firefighters were talking about playing football in High School and College and voiced a desire to re-live some of our "old glory days". Then Firefighter/Paramedic Tanner Drake proposed the idea and challenge to several Police Officers. They of course accepted.

Firefighter/Paramedic Tanner Drake called the Football Coach in Crane, Texas and he agreed to let OPD and OFD use their High School Football uniforms for the game. Tanner Drake, Marty Moya and Martin Ramos went on morning talk shows to help promote the game and the Police arranged for referees. The first 911 - Bowl was a huge success! This 1st charity bowl game was played December 17th at Ratliff Stadium between the Odessa Firefighters and the Odessa Police Officers. There were about 500 fans in attendance to cheer on their favorite team.

The total proceeds raised for the game was about $3,000 before all expenses were paid. The Police Officers donated their proceeds to the Odessa Fraternal Order of Police. The Odessa Firefighters have arranged to donate to the following: American Cancer Society, American Heart Association, MDA, Easter Seals, March of Dimes and the Children's Miracle Network.

Two and a half months prior to the big day, both teams were practicing three times a week. With three weeks remaining to practice, the Fire Department started wearing full pads to work on some real hitting. I was the oldest player on the OFD team and I would rather be the "Hitter" than the "Hittee", but the real appeal being, how else can you hit a Cop and not get in trouble.